A new poetry in rhyme book titled – “Lamp Post’, which is authored by Mr. Vinod Khanna and published by the Poetry Society of India was released early last month. 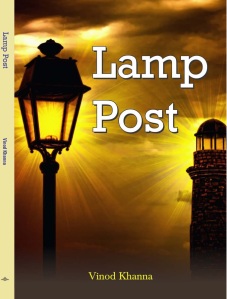 A Jalandhar born author – Vinod Kumar Khanna is a qualified Graduate Engineer and a Post Graduate in English Literature. Though he worked in engineering profession, his passion and first love has been literature. He started writing at a very young age and had four books to his credit, published by the age while he was bare layout of the teens.

The book has a very attractive and bright cover page with a lighted lamp post tearing the shades of darkness. Within this background, it displays the title – Lamp Post just like a ray of hope. The cover suggests, as in everybody’s life, some people, some circumstances or words of some writer act as lamp posts to illuminate the route markers when one is at crossroads and steeped in inner or outer darkness. 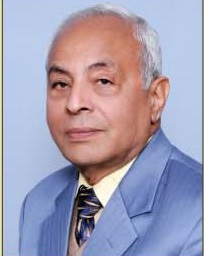 ‘Lamp Post’ is an attempt to provide just that speck of light which provides a ray of hope in otherwise mist covered, blurred milieu of present times.

This multi-functionality of poetry is well depicted in this collection. The poems are devoid of heavy and overbearing metaphor that can make poetry obscure and difficult to decode for common readers. The poems in this book are about common man’s sensibilities and concerns. Every verse has been written in simple English, sweetly rhymed.

The book would have solved its purpose if even one poem, one stanza, one line or one word could shed some light, dispel darkness and show some way to a stranded wanderer or in the least can console a weary, woebegone mind.

On an interesting note, the bitter -sweet experiences of about 30 years of hardworking life of the writer erupted at times as impromptu poetry – which has now been compiled in the form of this book. The oldest poem ‘Shut Out’ was written in 1980 in an old Delhi hotel near Fatehpuri, when the writer had a severe attack of migraine and the evening din and bustle of crowded bazaar aggravated it so much so that this poem flowed out on paper as it now before you. Not a word in it has been re-written  or edited. The last one ‘Conscience’ was written just a few days ago towards the end of January 2014.